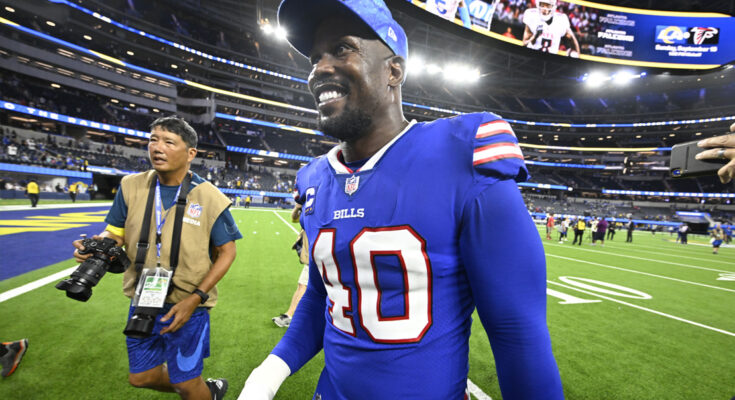 To be a three-time NFL All-Pro, Super Bowl champion and MVP doesn’t happen by chance. Von Miller has been one of the league’s most feared linebackers for more than a decade. Now in his first season with the Buffalo Bills, the prolific pass rush specialist has been used to opposing offenses adjusting their gameplan to slow down one of the game’s best speed rushers.

So what physical gifts make this 6’3” 250-pound elite athlete capable of excelling in multiple positions across the defensive side? For starters, Miller’s explosive speed is nearly unstoppable. His size and strength give him the ability of pushing hulking offensive linemen around, and his speed—Miller ran an official 4.49-second 40-yard dash during his NFL combine in 2011—allows him to chase down opposing quarterbacks. It’s part of the reason why he’s closing in on 120 career sacks in his 11-year career, which was primarily with the Denver Broncos before being traded last season to the Super Bowl-winning Los Angeles Rams, and now the Bills.

How off-the-charts fast is Miller? His recorded 40 time was former wide receiver Antonio Brown and Cleveland Browns running back Nick Chubb. You get it, he’s fast.

Miller’s been quoted often as saying “everyone is strong, but if I can move better and activate the right muscles at the right times that gives me an advantage.”

Now at age 33, Miller has fully embraced that mindset late in his career when he plans his workouts that keep him at the top of his game by maintaining his speed advantage. He also keeps in mind the length of the game and how he can maintain performance for four quarters by simultaneously working on his conditioning to repeat that speed each play. This was more evident than ever following Miller’s impressive comeback in the 2021 season after missing all of 2020 due to a severe ankle injury, which required surgery.

Below is one of the daily workouts developed by D1 Training coaches, Miller incorporated into his training regimen. In under an hour, we were able to hit all the major training tenets Miller needs to continue playing at an elite level, especially coming off an injury. Each of the five training blocks—Warmup, Performance, Strength, Conditioning, Cooldown—takes less than 15 minutes to complete but hits every athletic area Miller needs to perform like an All-Pro each and every Sunday.

The Von Miller Workout For Rush Speed and Explosiveness

Von likes to hit circuit style power and strength to keep the intensity up in the workout to mimic the demand needed during a game of going play after play. So that’s what you’ll see at the beginning of the workout!

Before Miller begins his heavy training, he goes through a full-body warmup circuit to get his blood circulating, along with mobilizing joints and raise body temperature.
Hit each movement for 20 yards or :30 seconds

Miller ends his workout with a cooldown stretch. He’ll then refuel his body with a clean post workout protein shake or meal.
If you want to fully embrace the Von Miller post-workout experience, go for a cold pool plunge to refresh those sore muscles so you’re ready for your next workout!

Mat Kite, BS, CSCS, Director of Education for D1 Training, a leading fitness concept that utilizes the five basic tenets of athletic-based training to help people of all ages achieve their sport and fitness goals. 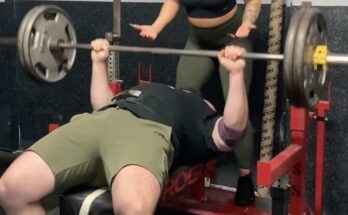