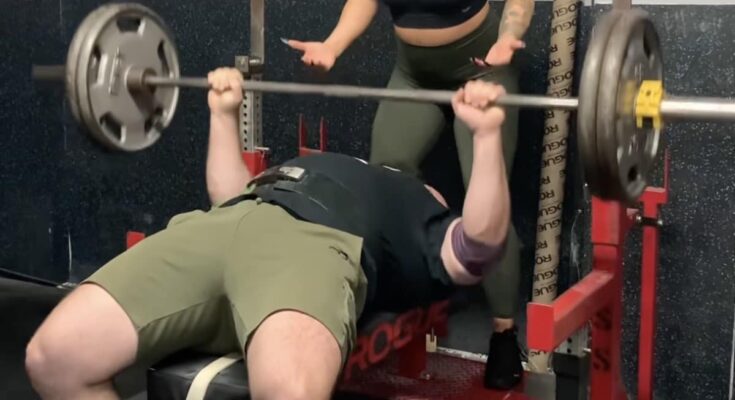 Daniel Ryjov has developed a reputation for displays of upper-body pressing strength. Unfortunately, while doing 150-pound dumbbell skull crushers during a May 2022 training session, Ryjov tore his right triceps tendon.

On August 17, 2022, just four months post-injury, Ryjov performed a 225-pound (102-kilogram) bench press for 90 reps. The athlete performed softer lockouts of each rep and wore elbow wraps, but those might have been precautions to avoid further injury.

[Related: How to Do the Incline Dumbbell Curl for Bigger, Stronger Arms]

Ryjov called his AMRAP (As Many Reps As Possible) conditioning feat a “new World Record” in the caption of his Instagram post. However, it is unclear whose World Record mark he previously surpassed. (Larry “Wheels” Williams bench pressed 225 for 70 reps in 2018.) Ryjov also noted that he intended to capture 100 reps but racked up his barbell because he “miscounted” his number.

For context on Ryjov’s achievement, the 225-pound bench press AMRAP is a standard evaluative test of strength for professional football draft prospects during the annual NFL Scouting Combine. In July 2020, professional strongmen Brian Shaw and Robert Oberst tried their hand at the Combine record of 51 reps that Justin Ernest set in 1999. Oberst eventually locked out 42 reps while Shaw bettered his peer with 44. Even with his quicker lockouts in consideration, Ryjov has now roughly doubled both athletes on his bench press AMRAP.

While Ryjov usually shares footage of himself completing noteworthy pressing achievements — such as a 605-pound bench press with a five-second pause from November 2021 — he does have formal powerlifting experience.

Here’s a rundown of his first-place performance in the 110-kilogram division at the 2017 United States Powerlifting Association (USPA) SMG’s March Mayhem.

Ryjov has not made an appearance on a sanctioned lifting platform since that competition.

Before he tore his triceps tendon, Ryjov was in a long-term pursuit of a 317.5-kilogram (700-pound) bench press, per his social media. Shortly before his injury occurred in May, the athlete attempted to bench press 306.1 kilograms (675 pounds) but could not lock out the weight.

At the time of this writing, Ryjov has not confirmed he would push for that milestone again. Additionally, even with this AMRAP bench press in the account, it’s unclear where Ryjov stands with his recovery. Nonetheless, just months after suffering a potentially devastating setback, it looks like the athlete is already pushing himself to be back on track and press eye-opening weight once more. 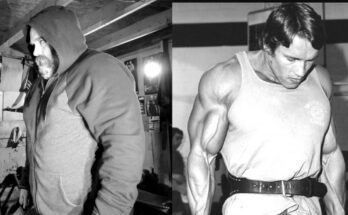