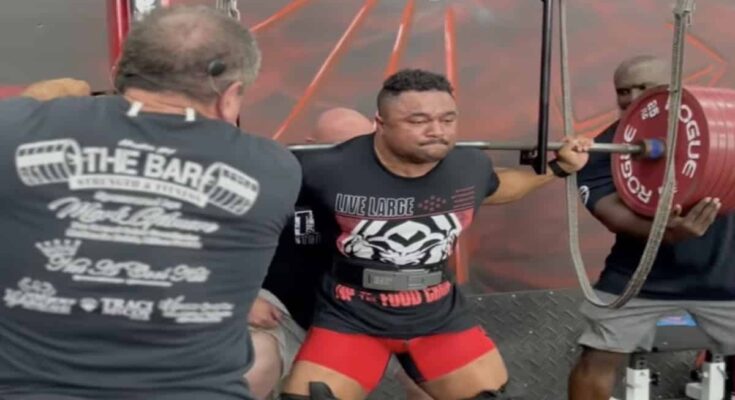 A powerlifter matching or surpassing a world record squat should be a tremendous challenge. Yet, for an elite athlete with the requisite leg strength like Chad Penson, he can make the difficult feats seem like a breeze.

On July 16, 2022, Penson shared footage on his Instagram page where he knocked out a 415-kilogram (915-pound) back squat with wraps during a training session. The strength figure is a new personal record (PR) for Penson and is 4.6 times his usual competition body weight of 90 kilograms (198.4 pounds). He wore a lifting belt and lifting straps for the squat, which you can view in the video below:

Penson’s new squat PR is 15 kilograms (33 pounds) more than his current all-time World Record of 400 kilograms (881.9 pounds) with wraps in the 90-kilogram class. He achieved that record at the 2021 World Raw Powerlifting Federation (WRPF) Kern US Open, taking first place overall. At the time of this writing, Penson remains the only 90-kilogram powerlifter to squat at least 400 kilograms in a sanctioned powerlifting meet.

Per the caption of Penson’s Instagram post, he’s currently preparing for the 2022 WRPF American Pro, scheduled for July 29-30, 2022, in Manassas, VA. In reference to his new squat PR and other recent training feats like a 394.6-kilogram (870-pound) squat single from early July 2022, the powerlifter says he’s feeling some apparent fatigue. However, it doesn’t seem to be an obstacle that impedes any of his upcoming goals.

“Two weeks until showtime [the 2022 WRPF American Pro],” Penson writes. “I’m a little beat up, but considering all that, I’m happy how this moved!”

As it stands, the 90-kilogram powerlifting division is mostly a tug of war between two athletes. To notch his first victory since September 2021, Penson will have to overcome his friendly rival, John Haack. In late July 2022, before Penson eclipsed his wraps figure, Haack squatted 365 kilograms (804.7 pounds), matching the raw world record.

[Related: The Best Back Workouts For More Muscle, For Strength, For Beginners, And More]

Haack recently confirmed over social media that he would return to the 90-kilogram division for the 2022 WRPF American Pro. The powerlifter competed at 100 kilograms during the 2022 United States Powerlifting Association Hybrid Showdown 4. That announcement sets up a potentially enticing clash between Penson and Haack for the top of the podium. By the American Pro’s end in early August, the record books might have their names splattered all over. 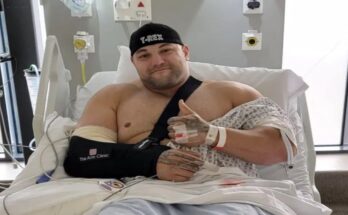 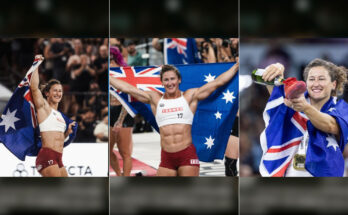 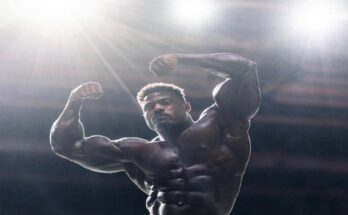