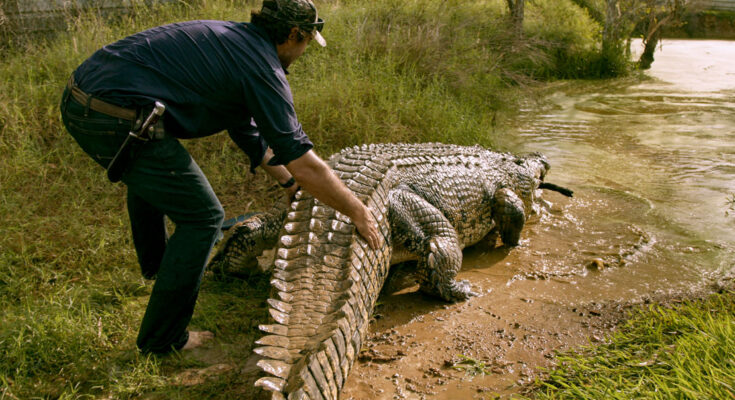 Matt Wright first discovered his unique talent—crocodile wrangling—after setting a trap and removing a from a drill rig in Australia’s Arnhem Land more than three decades ago. Since then, his career has catapulted from protecting local ranchers’ cattle to now teaching the globe that there’s a better way to protect the environment.

Wright has taken his creature-catching expertise from the swamps of the Outback to streaming giants Netflix with his latest adventure series, Wild Croc Territory. It’s the latest wildlife installment following his successful National Geographic series Outback Wrangler. Here, Wright takes viewers—as well as his wife and young son—on a wildlife journey through some of the most croc-infested areas in Australia’s Northern Territory.

The success of his shows has taken the 43-year-old from hunter to conservation celebrity and educator, as through his work of showing that by finding a safer and more humane way to handle such dangerous creatures, he can send a global message about preserving the environment. He also finds the time to dispel some long-lived croc myths that even he grew up believing.

“Everyone thinks that in the freshwater saltwater crocs don’t exist,” Wright says. “And that’s been a big education curve for me to try and teach people in outback Australia. In every lagoon and waterway in the northern part of Australia, there could potentially be one of the biggest saltwater crocodiles you’ll ever come across.”

When these prehistoric predators get too close to cattle ranchers and their cattle, he and his team get the call to come and safely protect the area by removing the croc from the area. With preparation and a whole assortment of equipment, the team are usually able to move the crocs away from the farms and ranches to more croc-friendly surroundings. By doing this, Wright says he’s showing that we can coexist with dangerous wildlife instead of destroying it.

“The way the world now everyone wants to sort of start looking after the environment and the animals that live in so the way to do it is get me in and I can move them,” he says. “Otherwise, if they don’t do that, then the next solution is just shooting, which is something that no one really wants to see much of these days.

As part of Wright’s “Winning Strategy,” the Netflix star needs to always be prepared with a plan—and a backup plan—for when things go off the deep end, literally. Also with success, Matt Wright explains the necessity of using your success for good—and at the same time enjoying the moments. But most of all, knowing what you’re good at and continuing getting better at—it could make the difference between success or stitches.

“I think being a kid growing up living with wildlife adventures, you can’t beat the hands on experience,” Wright says. “As I got older, I had a few jobs there to catch some big crocs and managed to do that without losing any limbs. And we continue to do that. And hopefully we won’t lose any limbs.”

When it comes to preparation for catching a crocodile, there’s a lot to be aware of. It’s about knowing the environment and knowing what you’re going into—the weather, the situation, even what size croc you’re going up against. From there, it’s what equipment do we need and what size trap should we use. Then, logistically, how are we gonna move the croc once we do catch it? How many guys will it take to restrain it? So there’s a lot that goes into it, but once we get a plan in place, we can usually execute it without too much of a problem.

Now, it’s pretty much like a template: We hear about a crocodile that’s causing a problem. We’ll go out there and get a target of the right croc, because there’s a lot of crocodiles out there, and occasionally we catch the wrong one from time to time.

The first thing we’ll do is set our motion sensor cameras to see what crocs are there, then earmark the one that we want to get. Then we make sure to confirm with the landowner that this is the croc that they’re wanting to catch.

Then we go in and set the trap according to the size of the crocodile. If it’s a smaller croc—sort of around the 10- to 13-foot mark, we’ll set a small trap. If it’s anything over that—like, 15 to 20 feet—then we’ll go in and set up quite a large trap and use like big cattle panels. That’s quite a big operation.

Matt Wright is Prepared to Go Off Script

A plan can go right or wrong depending on the catch, but then you also have machinery breakdowns as well. You have to account for boats, trailers, vehicles. We might be pulling a few trailers out there when we do a catch. The car may break down, the buggy may get stuck. There’s so many variables going on with each project.

We’re still learning all the time. I’ve been catching crocs for over 20 years. On “Wild Croc Territory,” you learn through someone like [Matt’s brother in law and rookie croc catcher] Finny, who just came on board, that you take a lot of things for granted—you know a lot of stuff about catching crocs, then seeing Finn react and work through different problems and realize that there’s still a lot to learn.

We have moments from time to time. One that was pretty interesting was at nighttime when we were sort of catching this big croc, and we knew we were in a bad spot. But he was coming at us, so we decided not to try and catch him because it was too big for us. If you catch a croc in shallow water, it’s a disaster—you wanna have him in deep water if youre catching in nighttime. He came past us, took a swipe at the boat and pulled the boat in half and threw us in the water. So we had to get out in pitch black…but he was just on his way out and took a swipe at us. He wasn’t coming to get us or anything—he was trying to get out of the way as much as we were trying to get out of the water.

Matt Wright Stands Out With His Skillset

I get messages all the time: “I want to come work with you and do this.” You can’t take these sort of people on because you know, it takes years of training to understand how not to get hurt.

You have to be mechanically minded, you’ve got to understand wildlife, you understand how to handle ropes, read and restrain animals, so there’s a lot that comes into play when catching crocodiles. And this skillset doesn’t come overnight.

It’s all hands on—it’s not your everyday gym workouts. You’re dealing with 1,000 kilos of dead weight really—or not always dead weight. It can swing around and hit you with its tail.

So you’ve got to have the physical strength—upper-body strength, lower body leg strength. That just comes with it with the territory, really. The more you’re out there in the swamps, you’ve been baking in the heat in the grass. It’s hot, humid, everything’s got leeches all over and at the same, we’re trying to manhandle a 20-foot croc out of the swamp.

It has to be both mental and physical. There’s a lot of physical behind it—one big croc really takes a lot out of you in that period of time because you’re using everything you’ve got to restrain that animal. And if you’re out all night, catching a few of them, then you’ll wake up pretty sore the next morning from pulling them in the boat, and you also have to watch your balance so you don’t fall in the water. It’s a different sort of training, but hands-on experience is the best way.

Spread the Word with Your Platform

Where we’re at as an environment today, I think it’s just that, big picture-wise, the way that we’re heading as a human race is becoming so destructive. We’ve consumed so much in such a short period of time that it’s more than just the crocodiles that we have to look after. It’s the environment around the world. It’s the animals that live within the environment, as well as the rainforest and the oceans. As humans, we’re made to be the custodians to help look after this planet—and we’re not doing a very good job of it. So through “Wild Croc Territory” on Netflix, it’s showing it sort of through [my son] Banjo’s eyes—bringing him up, educating him about the wildlife, respecting the environment and what lives in it, and do what we can to look after it after what we’ve left.

Success is Better with Family

Sometimes we go from sunrise to sunset then past that and go late into the night, but we manage it. You don’t want to get too fatigued—if you’re tired and fatigued, you’re gonna make mistakes.

For downtime, it’s being with family at home. It’s hanging with Banjo and [wife] Kaia. That’s what I really love to do, I really lap that tie up when I do get to spend it with family.

I think I’ve worked hard over the last 20 to 30 years to get to where we’re running about 12 businesses at the same time. We do a lot in the [Australia] tourism space where we take guests out on operations. About 150 people a day come through and experience crocodiles firsthand. We’ll go out in blocks to catch and remove some big crock. It’s important to take the family out to enjoy the adventure as well and get out there. We don’t have to rush into these things too much anymore. We’ll go out there and enjoy the environment and take our time. 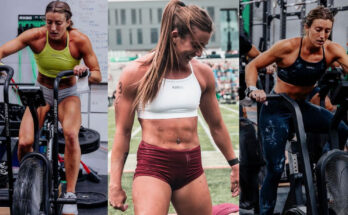 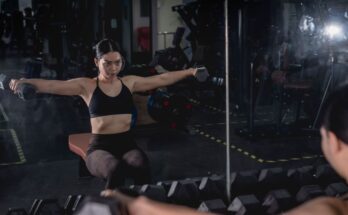 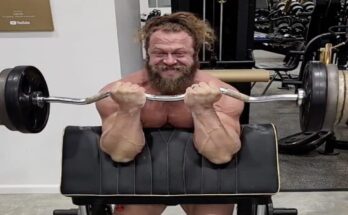